The Castle of Brescia

One of the most suggestive and characteristic places in Brescia is the castle, an historic site that lets you live again the atmosphere of medieval times and allows you to admire the city from a privileged position. 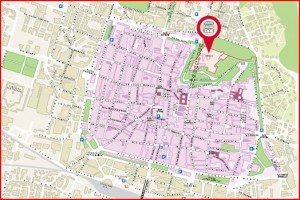 The castle of Brescia, also called “Falcone d’Italia”, is a rectangular fort with medieval crenellated walls. It overlooks the Cidneo hill, oriented to the historic city centre. The heart of the castle is the Mastio that was built in the first half of the 14th century by the Visconti family from Milan. The front door dates back to the last decades of the 16th century.

Here you can admire Saint Mark’s lion, the emblem of Venice republic that dominated Brescia for about four centuries. After the front door, there is  a drawbridge where the Prisoner’s tower is situated, the tower is articulated in three levels. The other towers are the French one, the Mirabella one, the Coltrina one and the Middle-Tower. Inside the castle there are the Oil warehouse (Piccolo and Grande Miglio), to collect corn, and the first aid fort, a second door that permitted the besieged to receive help.

In the mid-19th century, the castle was used as a military jail, but a little time after, the municipality acquired the hill and started a restoration. In 1904, the Brescia Industrial Exposition (EIB) was organized and inaugurated by king Vittorio Emanuele III. In this 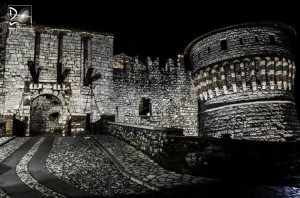 occasion, the citizens held folk shows and sport challenges. The Risorgimento Museum was also inaugurated, linked to corso Zanardelli by an electric tram.

In the 20th century the castle hosted lots of temporary expositions, a zoological garden, the natural science museum, an urban park, etc. Today, the fort holds public events, such as open-air cinema shows and music events organized by the local discos. In the castle is located the Risorgimento Museum, the Specola Cidnea and the Luigi Marzoli’s weapon Museum, created on the rest of a roman temple from the first century AD, and collecting weapons and armours from the 16th and 17th century. 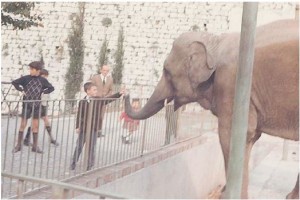