An historic wheat market from the early 19th century, this square, dedicated to the citizen martyr, has changed through the years till the actual form in 1882, becoming the main centre of the city night life. 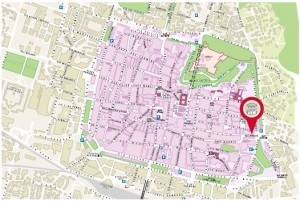 Piazzale Arnaldo is situated on the eastern perimeter of the historic city centre. In the early 19th century it was occupied by fields, which were cultivated by the monks of the Saint Afra convent. Later, the municipality bought these fields and the square was transformed in a wheat market (it was in a big colonnade edifice long more than 100 meters) and two buildings, that closed at east the square, to collect the excise duty. To apply these transformations the southern part of the actual Dieci Giornate street (formerly called Granarolo street) was evacuated. In the second half of the 18th century the city walls were demolished and the city raised a monument to substitute the fortified door. This monument was built to commemorate Arnaldo, a friar from Brescia that in the 12th century was burnt at the stake because he denounced the corruption of the clergy and predicated a Church without money. 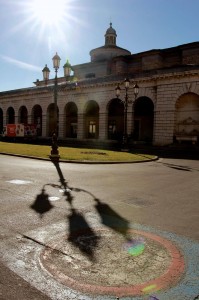 In 1976, in this square, during an attack in the Years of Lead (a period of socio-political turmoil in Italy that lasted from the late 1960s to the early 1980s), a bomb exploded.

Nowadays the square is an important centre in the urban mobility and it’s one of the main night life places where citizens meet in restaurants and pubs.

From here you can reach The Ronchi, the city hills, with their famous monument from the 19th century: the Dog Grave.