Called “Home mountain” by the citizens of Brescia, the peak of Maddalena Mount is 874 metres a.s.l. It is a natural reserve hosting more than 800 plant and amphibious species and it is populated in particular by foxes, badgers, weasels, martens and lots of insects. 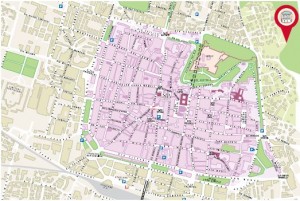 Mount Maddalena is also called “the roof of Brescia” and with its 874 metres a.s.l overlooking Brescia. Its original name was Denno mount, but the actual name derives from the name of the Saint in honour of whom a church was built by some hermits on the top of the hill between 13th and 14th century and later abandoned in the 15th century. From the 14th century, on the lower slopes, cultivation areas and the first roccolo developed. In order to give tourist value to the area, in 1955,a cable car opened with the segment Bornata-Cavrelle that linked Bornata street to the Mount, but in 1969 it made its last route.

Thanks to it, many young and old citizens experimented for the first time an “airborne” way of travel and could reach the mount for a healthy walk in the greenery. The routes had an affordable price: 200 liras for round, each cabin had 33 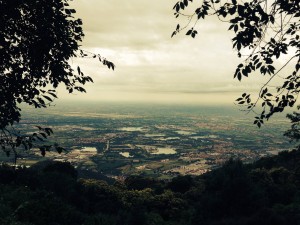 seats. In the early 70s, even if it was closed to public, the cable car was used as a school for the update of handlers who worked with cable-way installations.

In the spring of ’75, in the occasion of the Tour of Italy (the most famous Italian bike race), the cable car transported some spectators from the mount to the city,but in the summer of 1986, due to its decline, it was dismantled. A refuge was built and then also lots of taverns were built, some of them with bocce courts that attracted enthusiastic players.

The principal access to the mountain is the Panoramica street, the secondary ways are Nave, Mompiano, Costalunga, S.Eufemia, Botticino, S. Gallo and the Ronchi: they reach different points of the mount. 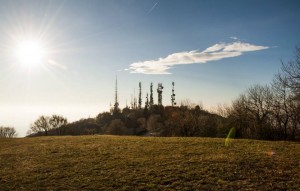